There is a developed network of the ground public transportation that connects the Dubai Airport with the city downtown and its nearby regions.

The airport is connected with the rest of Dubai by the D89 road, also known as Airport Road, Al Maktoum Road, or Al Khawaneej Road, which is the longest intra-city roads. The D89 road starts at the Deira Corniche and progresses south-eastward at the direction of the airport. The main sites located along that road are Dubai International Airport, Al Bustan Rotana Hotel, the Deira Corniche, Deira Twin Towers, Al Rashidiya Park, and Mushrif Park, Le Meridian Hotel. 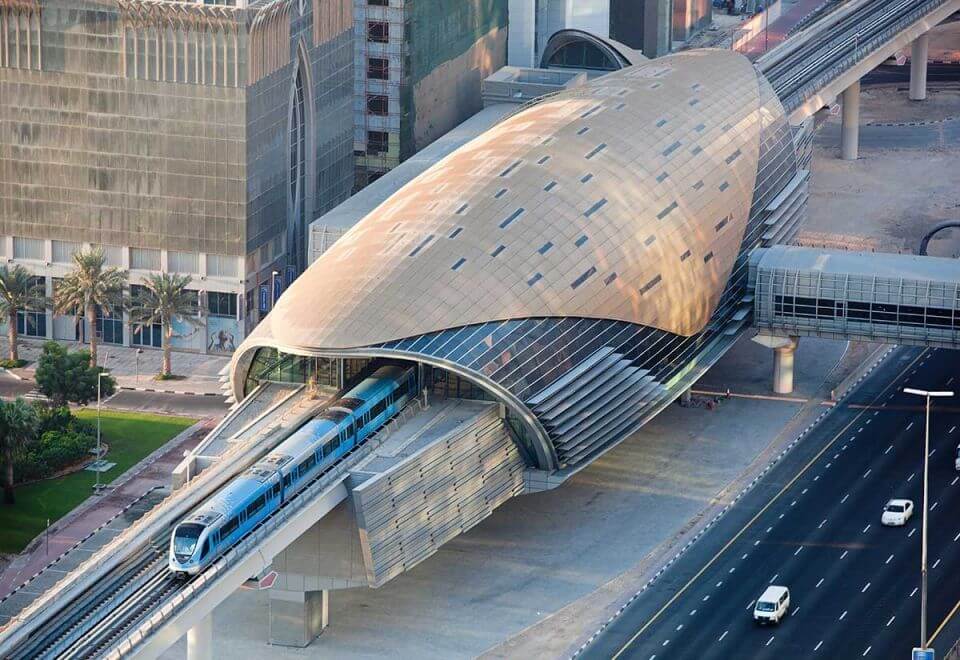 The Dubai Metro connects the airport with the rest of the city via two existing lines that are operating from 06:00 until 23:00 during the week and from 13:00 until 00:00 on Fridays. The operating hours differ during the Islamic holy month of Ramadan. The metro station might be reached it the arrivals area in from of the terminals. The Red Line stations are located at Terminals 1 and 3. The Green Line station is located near the Airport Free Zone from which the passengers might access the Terminal 2. 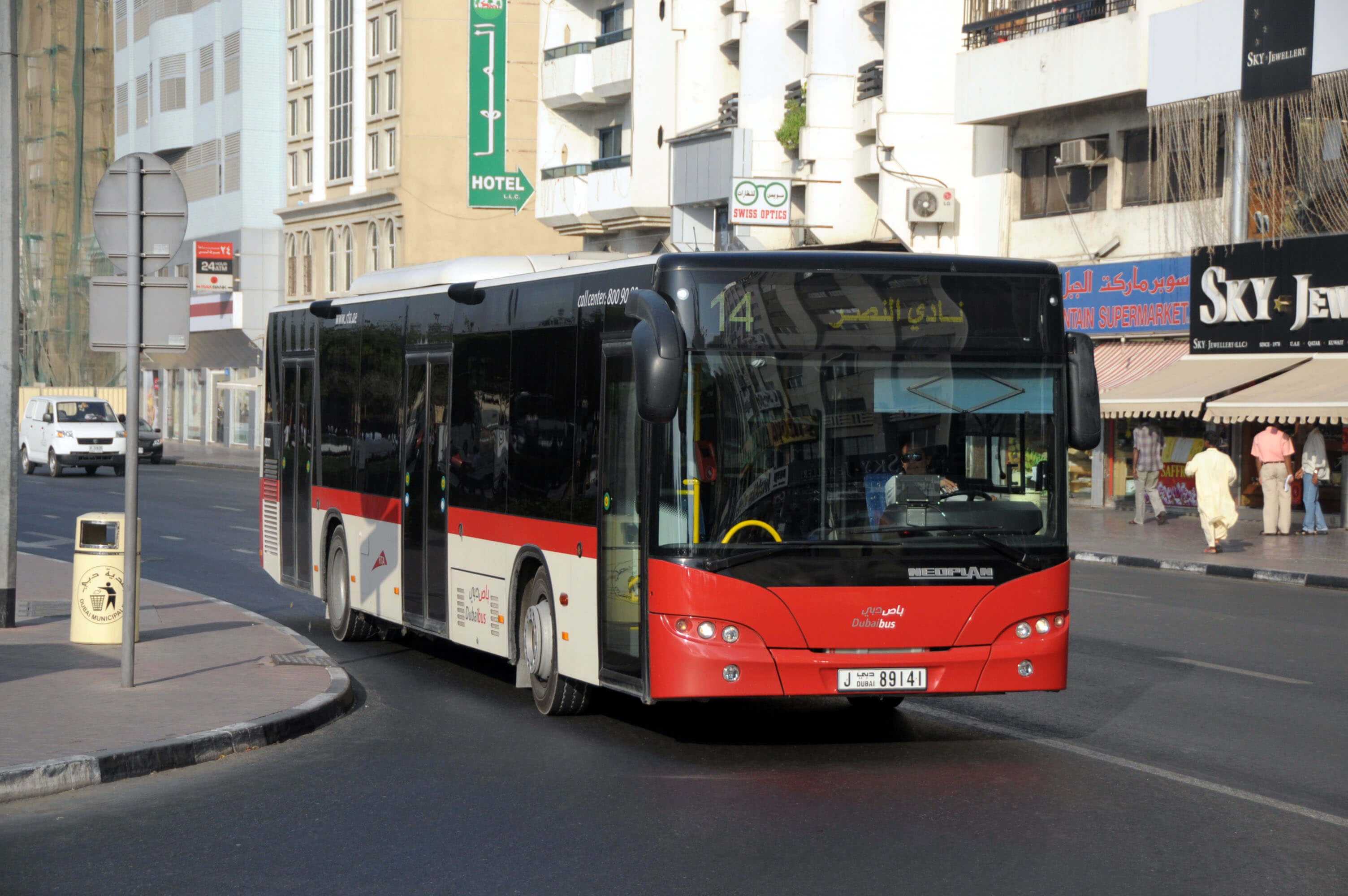 The 13B express bus connects the Terminal 2 of the Dubai Airport with Al Qusais bus station at the downtown of the city. The overall time of the ride will take 30 minutes and will stop at several bus stations along that route; those are Traffic Police 2, Abu Hail, Burj Nahar Intersection, Abu Hail Center 2, Clinic 2, Hor Al anz Turnoff 2, Hamriya Shopping Center 2, Naif Intersection 2 to Sabkha.

The F04 Feeder bus departs from the Terminal 2 and connects Dubai Airport and the city downtown.

The C01 bus departs from the Terminal 3 and connects that airport with the Al Satwa bus station.

The F55 bus connects the airport with the Ibn Battuta Metro Station while it is operating; meanwhile, the F55A bus goes to that station when the metro is closed. 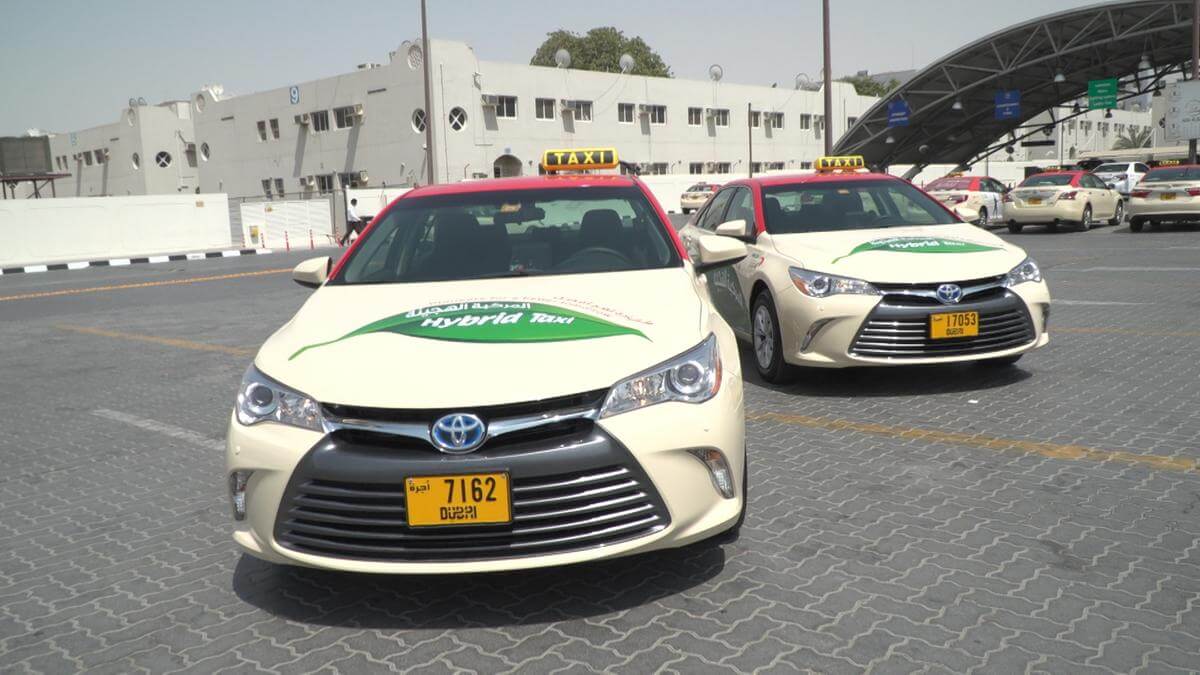 The Government provides the Taxi service owned by Dubai Taxi Agency. Taxis are departing from the arrivals hall of each terminal of the airport and rides are available 24 hours a day. The 25 AED fee is charged for the service, and 1.96 AED is implemented as a fee per a kilometer. The companies that provide the taxi rides and other transportation services are SMS Taxi Service, DTC Limousine Service for Airport, Special Needs Taxi, Limousine Taxi Service, Mashweer, ladies and families taxi Hatta taxi and School bus transport service.