The Dubai International Airport has three terminals: Terminal 1, 2, and 3. Two of those (1 and 3) are connected and are easily accessible for the passengers wanting to get from one terminal to another without going through immigration. Terminal 2 is located separately from other two terminals and might be accessed with the shuttles running from Terminal 1 and 3, and the ride will take approximately 20 minutes to the Terminal 1 and 30 minutes to the Terminal 3 relatively. The Executive Flight Terminal is located in beside the Terminal 2 and has hosts flights serving premium passengers, high-end travelers or important guests of the country. 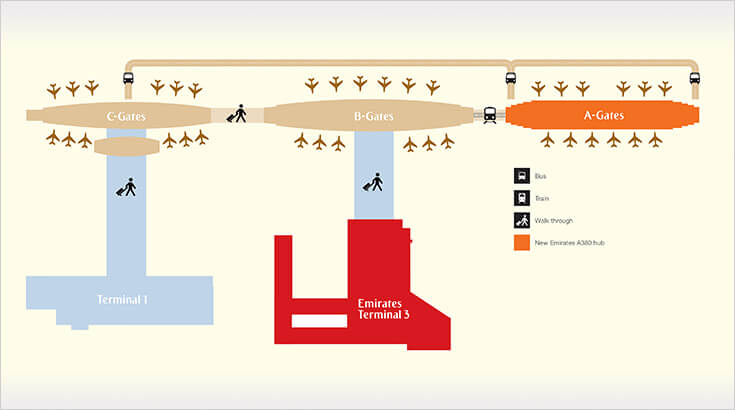 The Terminal 1 has one Concourse D and the overall capacity of 15 million passengers per year. 221 check-in counters are operating on the territory of the terminal. The Terminal 1 has three floors and hosts about 60 international carriers. There are 42 check-in counters located in the Departures area, a Lounge for Unaccompanied Minors, Special Handling Services Lounges, Marhaba Lounge, Ticket sales counters for Emirates and Dnata, Cashier Desks in area B, two in areas C and D and one in area E, 28 Immigration counters in departures hall together with 8 E-Gates, 44 Immigration counters in Arrivals hall together with 10 E-Gates, Retail areas, Food Court, and free Wi-Fi provided by Boingo, however, the internet connection is free for the first hour only.

The Terminal 2 constructed in 1998 has the capacity of about 10 million passengers per year after the renovation implemented in 2012. The terminal serves mainly flights coming and departing from/to the countries of the Persian Gulf region. The terminal is the hub for flydubai and Air India Express airlines, that is also the airline's corporate head office. There is one level dedicated entirely to the departures at the Terminal 2, here the one may find 35 check-in counters, 1 counter for J Class and 1 for Staff and Crew of the airport, Lounge area for special handling services located near the departure boarding gate, Marhaba Lounge area, Dnata ticket sales counter, ten immigration desks at the departures area and sixteen at the arrivals area, etc. 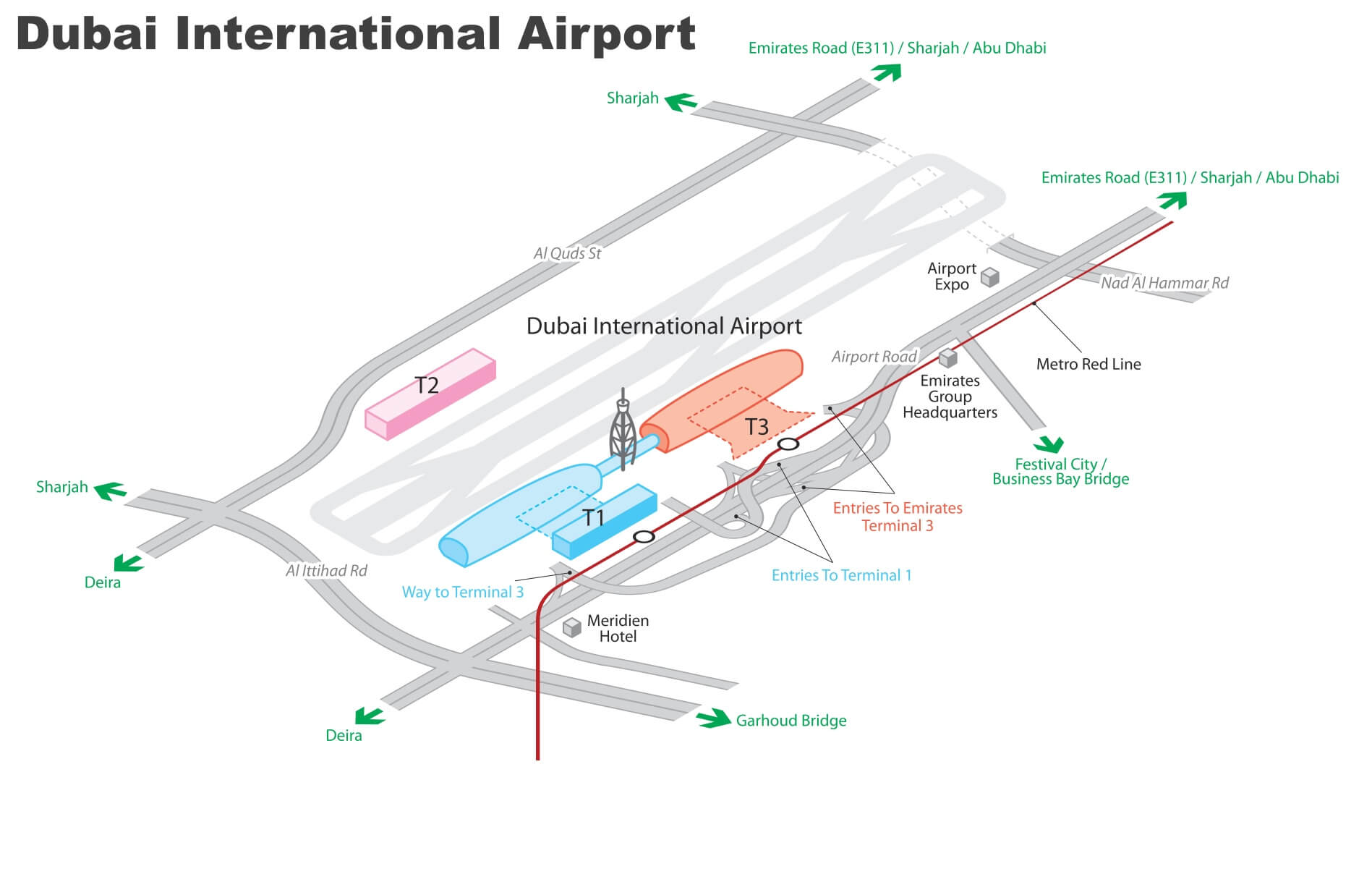 The Terminal 3 has three concourses A, B, and C that are operating exclusively for Emirates and Qantas (since September 2012). The terminal has the total area of 1.713.000 square meters and, therefore, is considered the largest building in the world by floor space. Concourse A opened in 2013 can handle over 19 million passengers. The concourse is 924 meters long, 91 meters wide and 40 meters high. There are approximately 20 airbridges available, and all of those are capable of handling the Airbus A380-800. Concourse B is dedicated exclusively to Emirates and has the overall built-up area of 675.000 square meters. The concourse is 945 meters long, 90.8 meters wide, 49.5 meters high, and has ten separate floors. Concourse C opened in 2000 has 50 gates, 28 airbridges and 22 remote gates located on the territory of the terminal.

Al Majalis VIP Pavilion and Dubai Executive Flight Terminal opened on 1 July 2008 was built for the paramilitary Dubai Royal Air Wing airline. That terminal is dedicated to passengers of the high class that are flying through the Dubai International Airport. In 2010 it served 7.889 aircraft movements and carried 25.177 passengers. 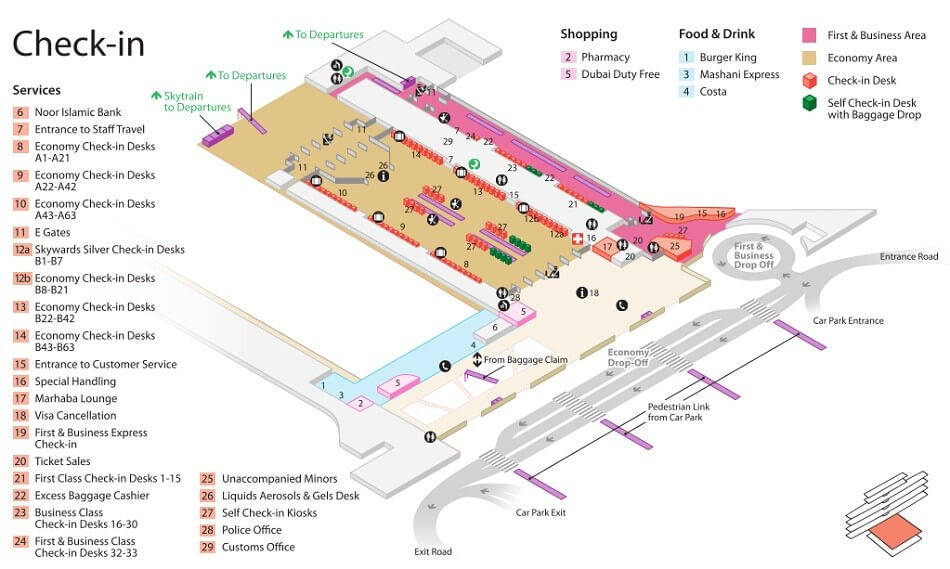